interviewstream offers market-leading software as a service (SaaS) to the recruitment industry, providing a secure, streamlined, and simplified experience which optimizes the hiring process. It is used by over 900 organizations across a variety of industries.

Alongside a significant presence in K12 education, interviewstream’s clients include small and medium sized businesses (SMBs) and major players in sectors such as healthcare, finance, insurance, and manufacturing.

With our previous offshore/nearshore model for software development, we didn’t always have consistency. We didn’t always get a group per se. They were more like individual contributors. There wasn’t always a team. It was a disjointed approach. 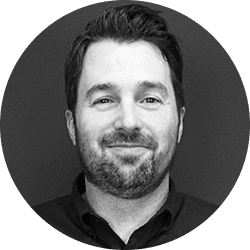 interviewstream is a feature-rich platform which has been on the market since 2002 (initially in the guise of RezFusion). And like many strongly-established software solutions, it’s currently engaged in an update and modernization cycle as part of an ongoing process of continuous improvement.

A key part of their offering is functionality which allows interviewees to asynchronously respond to questions via video, audio, or writing and then submit those responses for review by a hiring manager or recruiter. The software is also capable of hosting a two-way interview via video conferencing, empowering candidates by enabling them to schedule a time slot which works best for them. Alongside these features, interviewstream incorporates a time-saving scheduling product for recruiters, automating the scheduling of multiple interviews using data from Outlook or Google Calendars.

With so much rich and varied functionality on offer, in terms of software development, interviewstream deploys a mixture of in-house, nearshore, and offshore development teams. However, dependence on outsourcing exposed them to frequent personnel changes, which made it increasingly difficult to count on individuals and retain product knowledge and expertise within the teams.

What interviewstream needed was a change in approach to software development.

Proshore just blew us away with their approach. They were really professional, and they came with a detailed presentation of how they were going to run their team and work with us. And they became partners with us. Not just a vendor.

When Proshore’s Account Director, Jeroen van der Horst, liked a LinkedIn post from interviewstream’s Product Manager, Faith Peterson, it opened up a conversation about development teams as a service. But there was more than one option on the table. So what set Proshore apart?

interviewsteam’s CTO, Ryan Royal, was impressed with Proshore’s professional approach from the get-go. At a time when securing reliable high-end developers for PHP is something of a challenge, not only in the US but also around the world, Proshore offered the reassurance of a timely, dependable, and highly qualified team with the right skill set for the task. Proshore also arrived at a crucial time, when interviewstream were going through a significant change process with their existing in-house team.

Broadly speaking, interviewstream runs two software development teams: one handling  production, support issues, and escalations, and another team dedicated to enhancements and product improvements. Proshore was brought in to support an ongoing need for stability, technical ability, and technical leadership around improvements and enhancements.

There’s no denying that interviewstream has a large and complicated codebase, and Proshore’s responsibility covers a variety of far-reaching changes to some of the most business-critical features of the software’s requisition functionality. The product’s significant revamp is set to include entirely new features, tools, capabilities, and ways to view information. The visual user interface (UI) is also being modernized to personalize different types of user experience (UX).

Proshore put a structure in place which enabled interviewstream to have a single point of contact, and also allowed the team to work autonomously using an Agile approach to software development. Proshore was able to come in and own the tech, taking the initiative and making things happen. In addition to bringing onboard a set of talented individuals with the right skills to complete the work to be done, interviewstream got a self-managed team with the ability to add value to their product.  For interviewstream, what set Proshore apart was that they listened to their pain points, and understood them.

Proshore was bringing a whole solution. Not just the ability to augment our staff with individual developers, but actually expressing the willingness and desire to take on that ownership, and partner with us in a more active way. 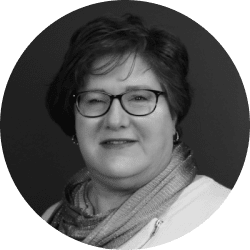 As the partnership has evolved, Ryan and Faith have got to know the Proshore team as individuals. Fast-forward to today and, rather than being outside, outsourced, and offshore developers who simply provide extra capacity, the Proshore team actually feel like part of interviewstream. They also bring a wealth of expertise, enthusiasm, and energy to the development process.

Proshore’s confidence as a self-managed team and its aptitude for delivering market-ready code frees up the time of interviewstream’s Product Manager and CTO to focus on the business side of things. They don’t need to micromanage their developers, and furthermore, Proshore is actually helping to drive interviewstream’s business goals because they’re engaged and having frequent conversations around delivering improvements and proposing ideas.

And that’s the key differentiator.

Proshore has an active, ongoing interest in making interviewstream’s software better. For example, Proshore identified an issue on multiple pages on the app and fixed it. In that sense, we’ve become stewards of the code, as opposed to just executing specific tasks relating to it.

We’re not just fulfilling the letter of the request, we’ve been actively helping to shape the request and providing feedback and, when needed, push back. We demonstrated our understanding and how we could best partner with interviewstream. And we tailored our team and approach to fit the broader business objectives of the business.

Other vendors had their rote presentation and would just run through the stock statements around benefits and services. But Proshore summarized our prior discussions, and really targeted what they thought they could provide in response to our needs.

Software development is a people business – it’s all about collaboration. Meet the self-managed team working with interviewstream 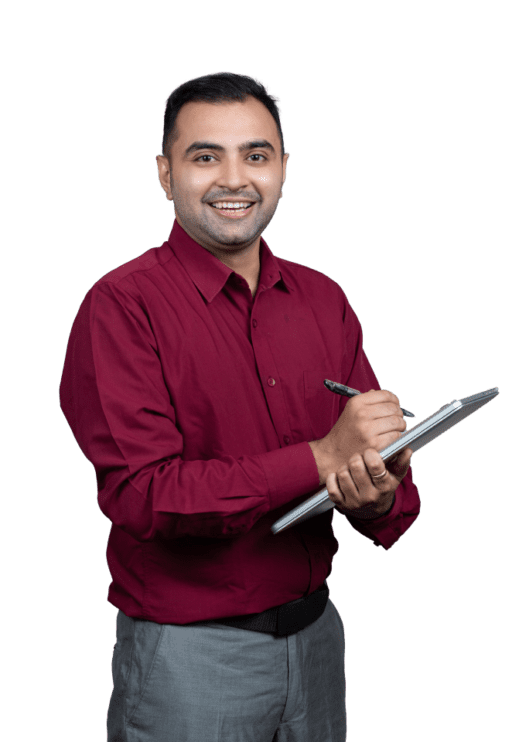 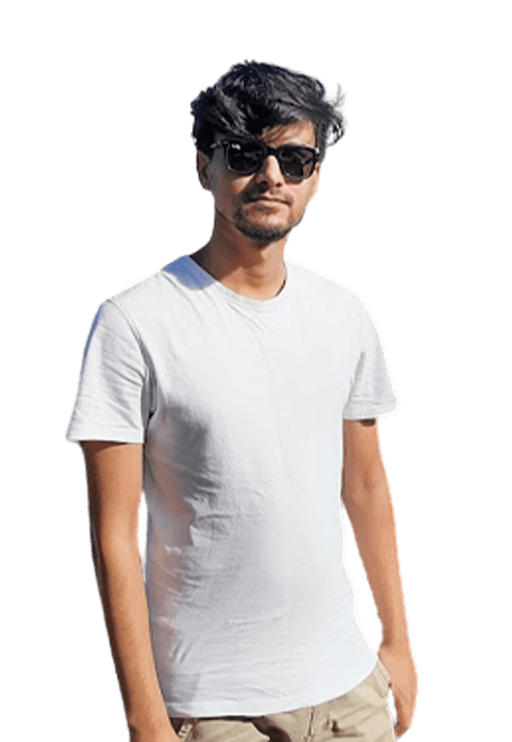 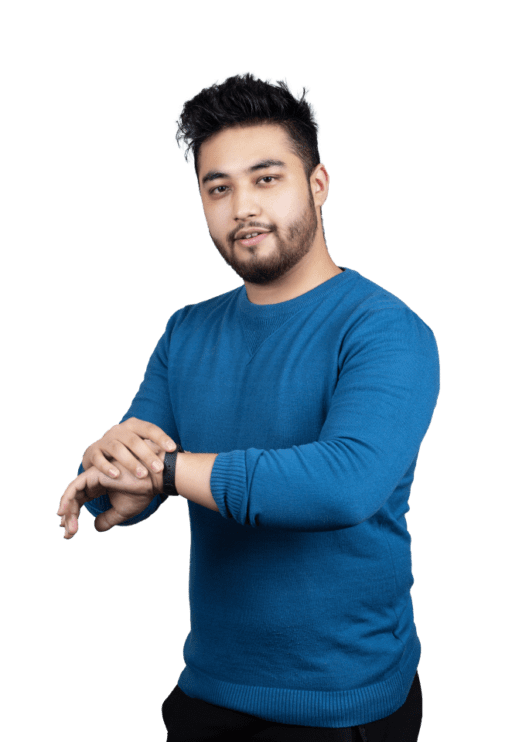 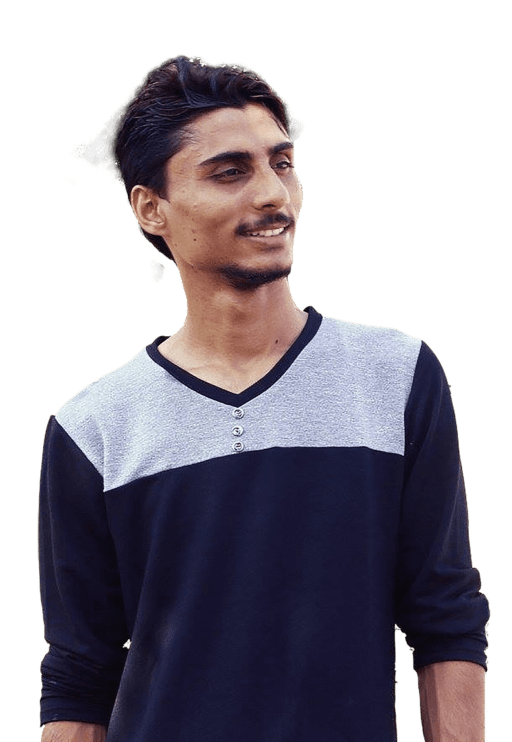